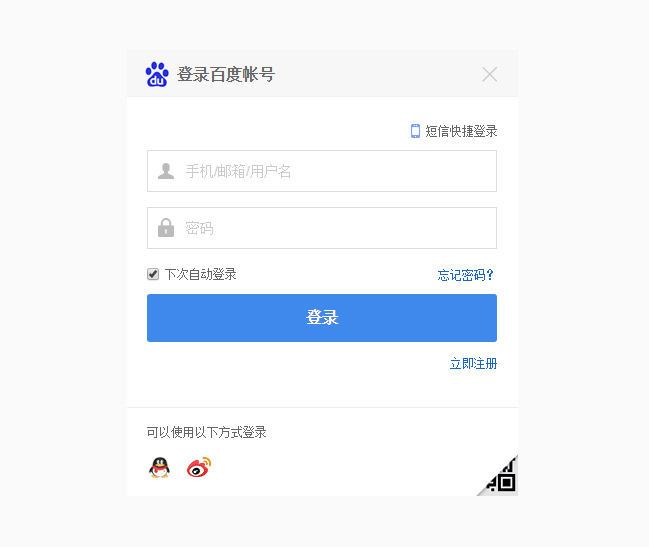 I presume you’ve used a login form before (no? Hail, and welcome to Earth. We have tacos). And I presume you’re familiar with the basics: you speak “friend” and enter. But China’s login processes, driven by environmental and behavioral factors, are perhaps a little different than what you’re used to.

I can’t cover every angle here, but for one thing, internet cafes and public computers are everywhere, and since those computers get a lot of use by a lot of folks, they’re kinda like public toilets: crawling with viruses and lord-knows-what. Knowing this, fear of keyloggers on public machines can make some users reluctant to type in credentials. Two, China is mobile-centric, and  successful desktop interactions often assume the user has a mobile phone close at hand and they offer to integrate the mobile into the experience as a matter of convenience.

So, in this little jaunt, we’re gonna see some login forms from popular Chinese sites, take ’em apart and see how they tick.

Keep your eye out for…

Many pardons, I know I’ve been repeating this for a while, but this concept is so alien in Western UX that I feel I should say it again: in China, QR codes are beloved and they are everywhere. Using a mobile device to scan a QR code on a desktop screen – in other words, using two devices interdependently via QR code – is common user behavior in China. This is not a new thing, people. This is an old thing. This is an old and expected thing. Brands designing interactions for China ignore this at their own peril, as evidenced by the big ol’ pile of top-teir sites that support login via QR code.

The login form on Alipay (China’s answer to Paypal and the country’s number one digital wallet) allows users to switch between standard login mode and QR login mode via a button in the top right-hand corner:

Likewise, following the presumption that the majority of users are sitting at a desktop with their phone close at hand, a couple login forms offer the option to receive an SMS message containing a temporary login code which can then be used to authenticate login.

While Western sites may offer the option to “Login with Google”, or “Login in with Facebook”, behind the Firewall where those sites are a no-go, a very different set of third-party platforms emerge. We’ll take a look at that pantheon and see which logins are used where.

We begin, of course, with the king: Taobao, China’s answer to eBay. And Amazon. And Etsy. The kind of place you can get packaging custom-designed and also rent a boyfriend. The Taobao login has two login methods: Standard login and QR login. 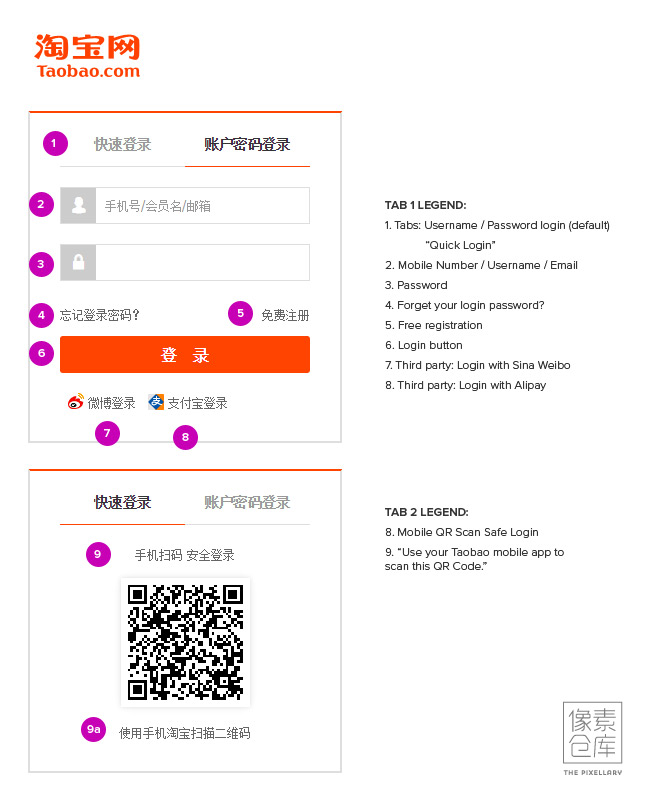 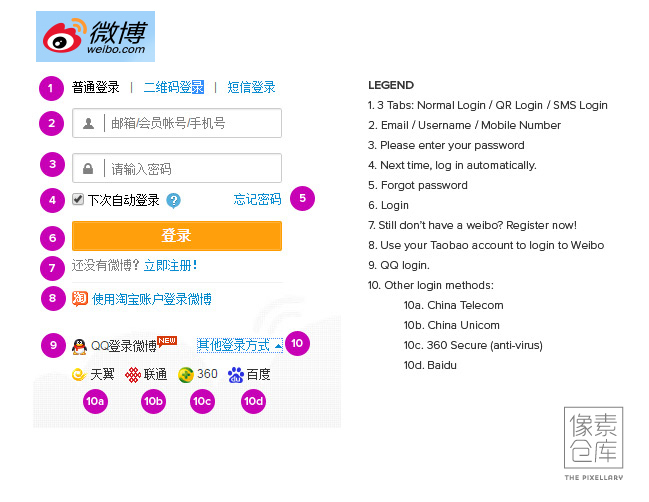 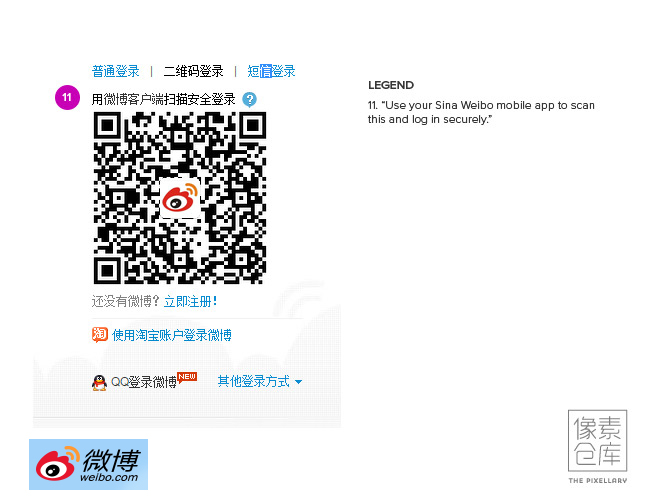 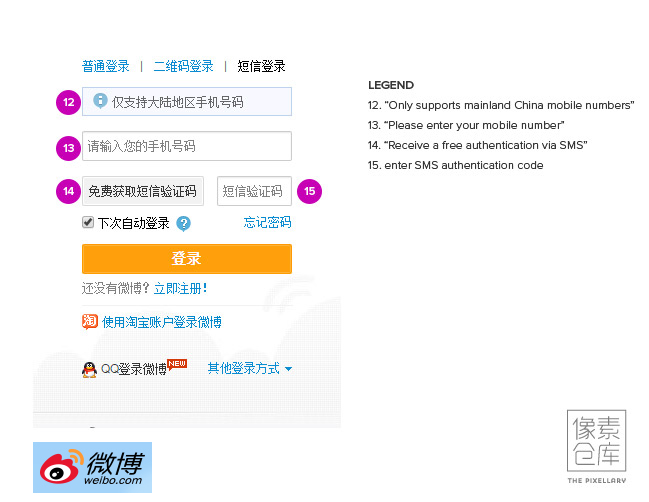 Mogujie, China’s primarily women-focused shopping portal, doesn’t bother with a direct QR code login, but they do offer login via SMS. You’ll notice they’re also the only site surveyed here (and the only site I’ve ever seen, period) that supports mobile numbers from countries other than China. In other words, if you’re Chinese living outside of the motherland, you can still get the goods: 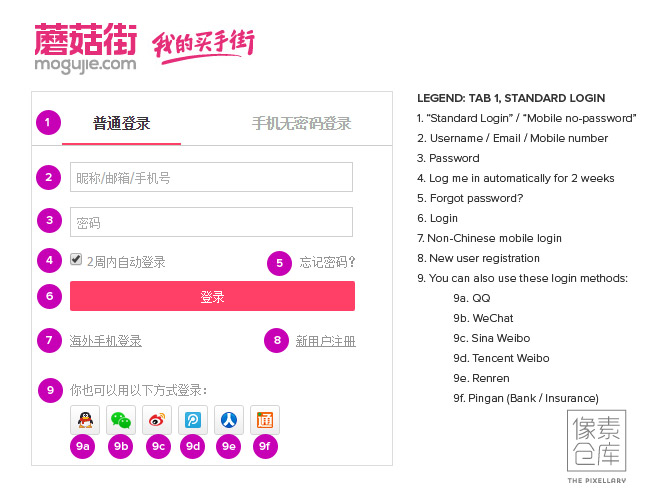 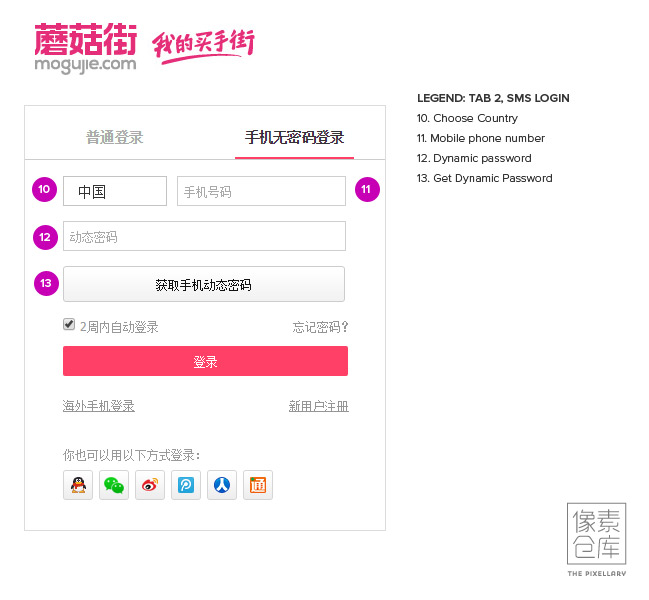 111, one of China’s largest online pharmacies, offers only standard login and third-party login. 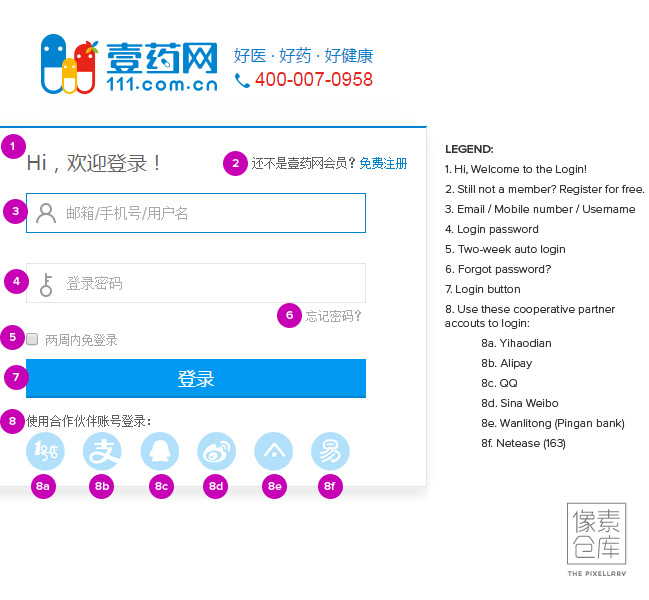 Yihaodian,one of the big ecomm-everything shops, keeps everything in a single screen, but loads up on third-party options: 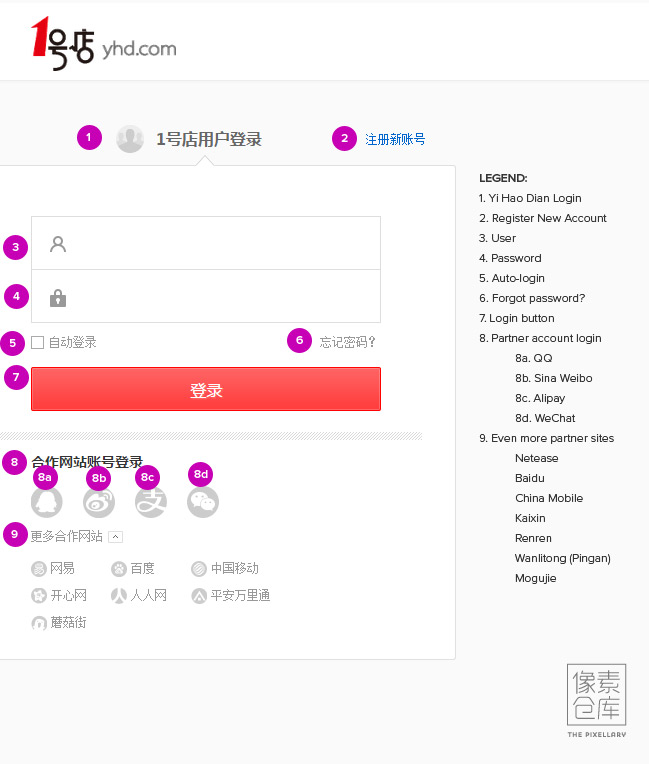 QQ doesn’t bother with tabbing out its login features: QR code login and standard login are placed next to each other. 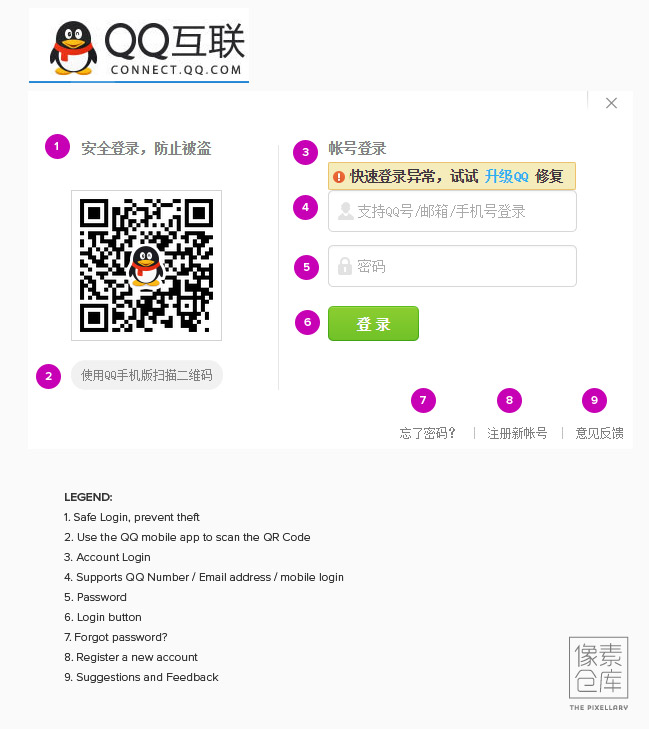 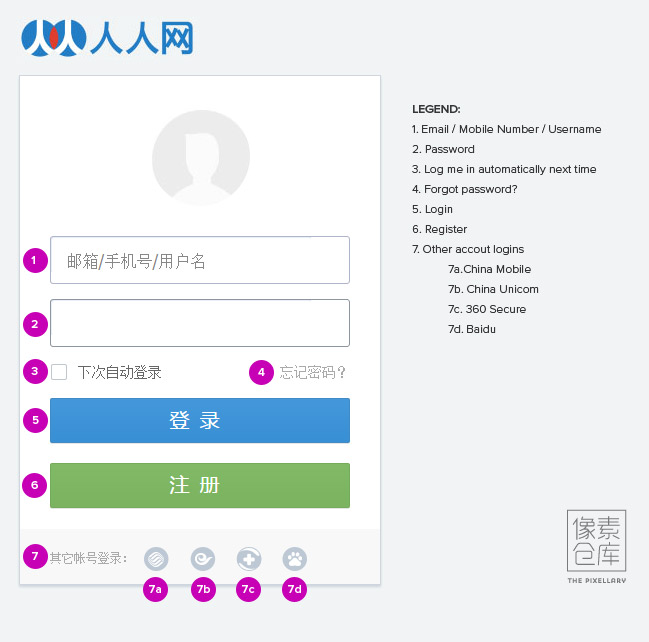 The Google of China offers all three options – standard, SMS and QR code login – though they’re not given equal visual treatment. 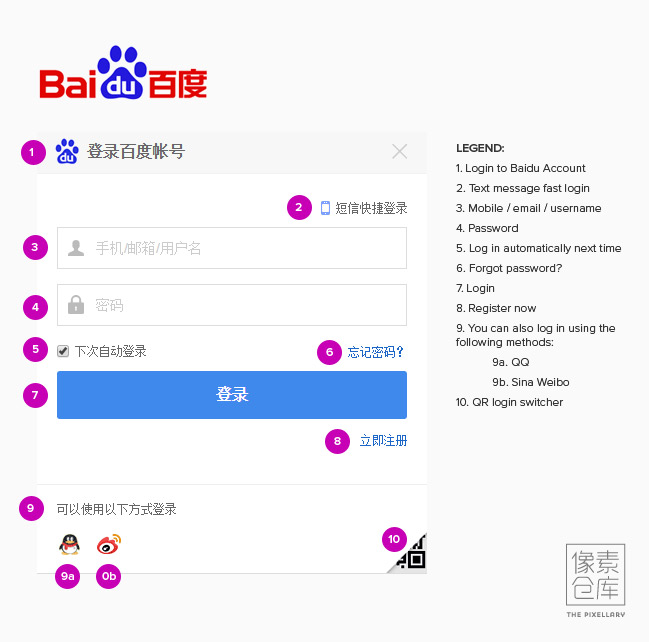 So what did we learn, kids? What are we thinkin’ about now?

You gotta tell users which QR scanner to use

On your average Chinese mobile phone, there are at least two, probably more, QR scanners, major Chinese mobile apps ship with their own native scanners. Case(s) in point: WeChat has its own QR scanner in the app, and so does Alipay for mobile. Some phones also come loaded with a standalone scanner, typically used for scanning contact information off business cards and print advertisements. But a desktop QR login requires access to a particular mobile app’s user credentials, so users can’t get all willy-nilly with scanner selection. You can’t, for example, use the WeChat scanner to log in to Alipay. All that is to say that you, the designer, must specify which app’s scanner should be used right there in the QR login UI.

QR Codes / SMS logins are either “convenient” or “safe”

So why aren’t third party login options monolithic as well? I might be wrong here, but I’m not seeing any real standardization in terms of which networks get used to log in. Some of the jumble is probably due to major rivalries between big Chinese tech conglomerates. Alibaba (Alipay, Taobao) and Tencent (WeChat) are in a constant pissing contest, and they often refuse to integrate each other’s services.

We can see, however, that QQ, Sina Weibo, WeChat, Taobao and Alipay are among the most common integrations.