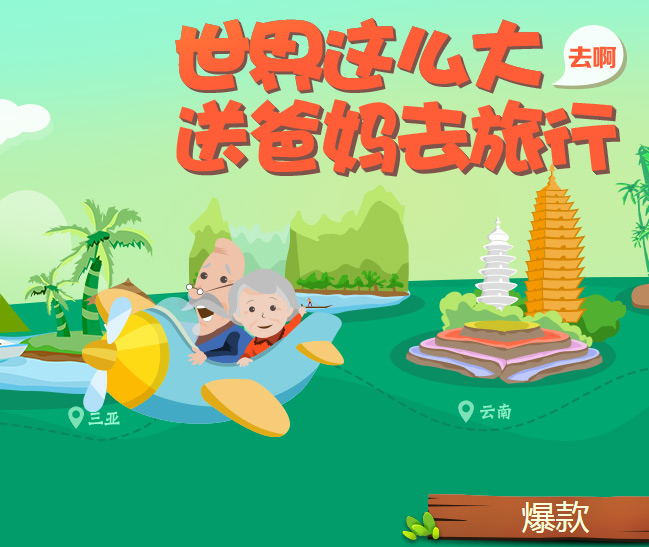 Dorking around on travel sites is my weird little self-soothing, time-wasting extravagance. I don’t know what’s so exciting about plane ticket listings, I just like them. I like them in the way I like cheesecake and Pearl Jam. I once wrote gushing fanmail to Adioso because I thought their human-centered approach to ticket search was hotter than Jorah Mormont in full plate mail.

My first experience with Chinese travel sites was booking tickets on eLong many moons ago – 2007, I think? They had an English language interface and though they didn’t take any international payment methods at the time, I could swing by their office and drop off cash. I’ve since booked with or followed most of the major Chinese travel aggregators, those being cTrip (they of the transcendent English-language customer service), Qunar, and to a lesser extent AliTrip, Alibaba’s recent foray into the industry. Notable differences between these and most Western-based abound:

Responsibility-shirking by Western travel aggregators (except you, Agoda) has become an accepted norm, the understanding being that sites are there to facilitate search, and that if you need help with your booking, you call the airline or hotel directly. The customer service hotline number for Expedia is buried under five clicks: 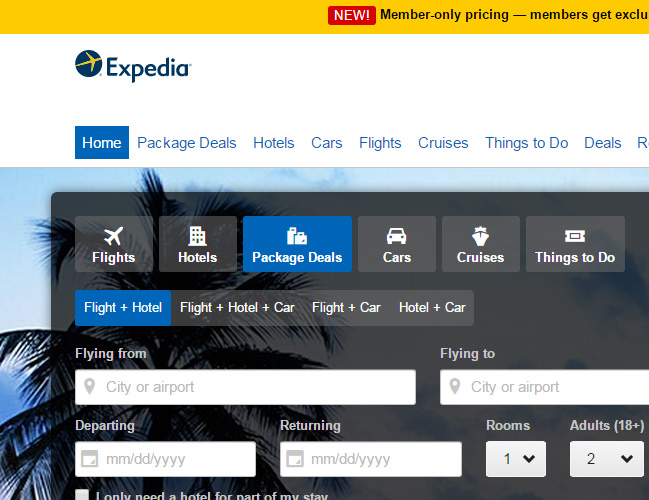 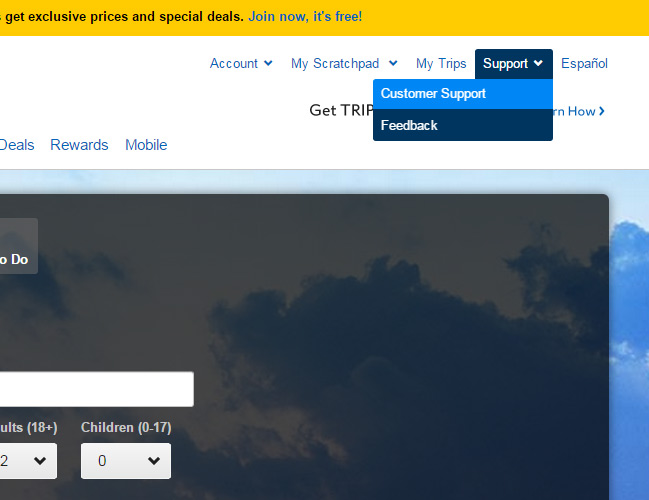 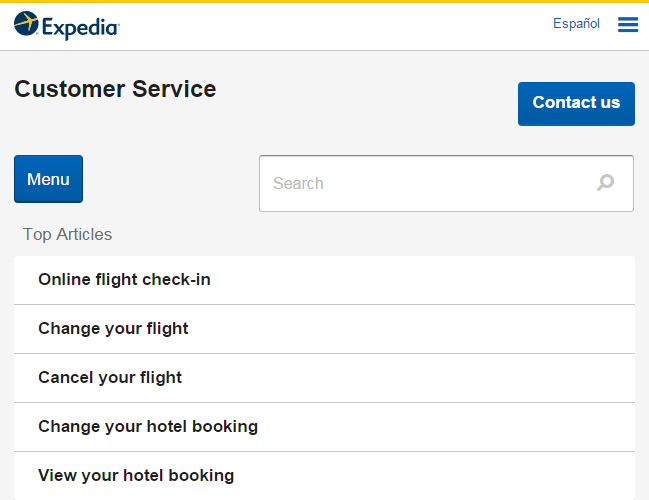 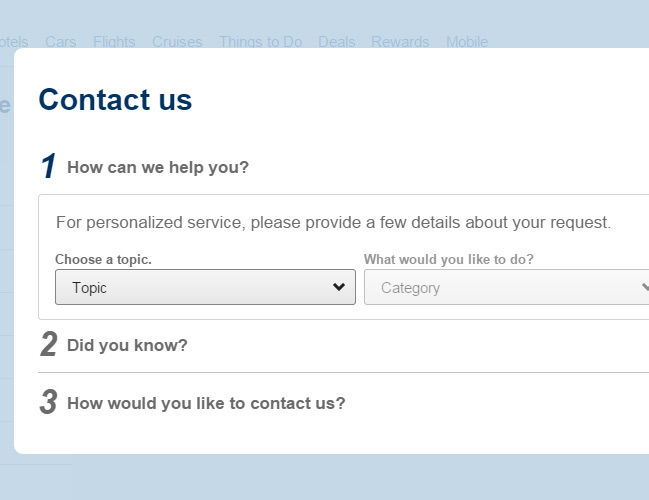 And finally, at long and dreadful last, a phone number 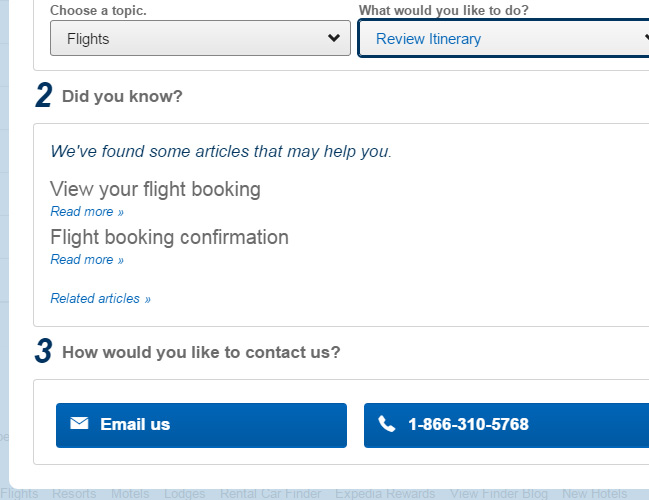 And then there’s this agoraphobic customer service landing page from Orbitz: 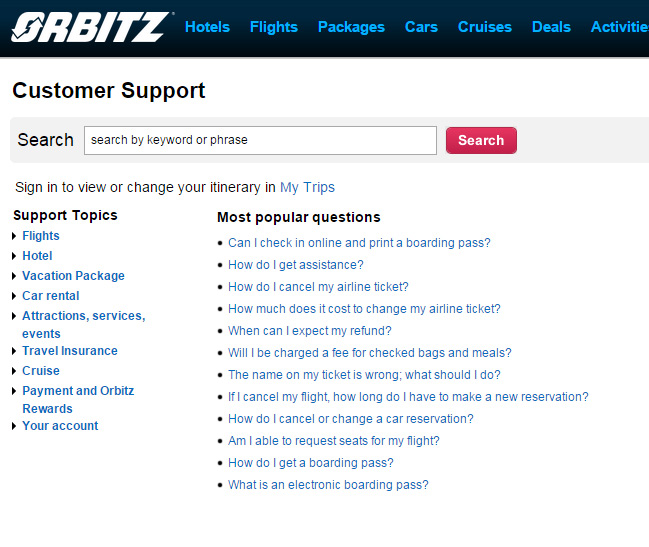 The top travel companies in China don’t behave like this. They do not toss the plebs an email address and access to a knowledgebase and call it a day. Customer touchpoints are immediate and accessible. Look at these Chinese UIs. Look where the phone number is. It’s right there, usually above the fold (if such a thing can be said to exist): 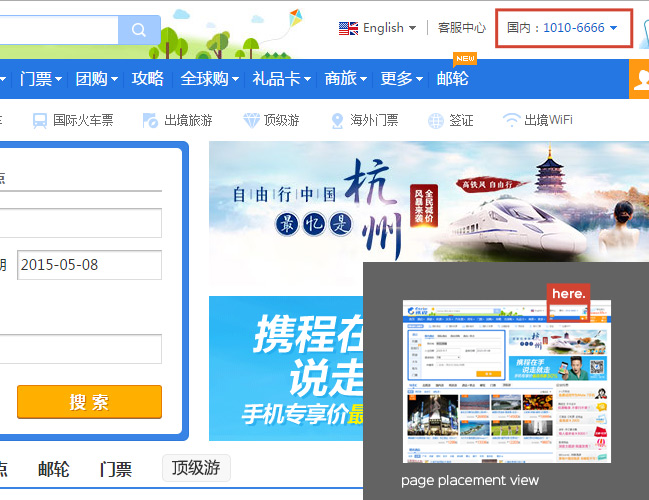 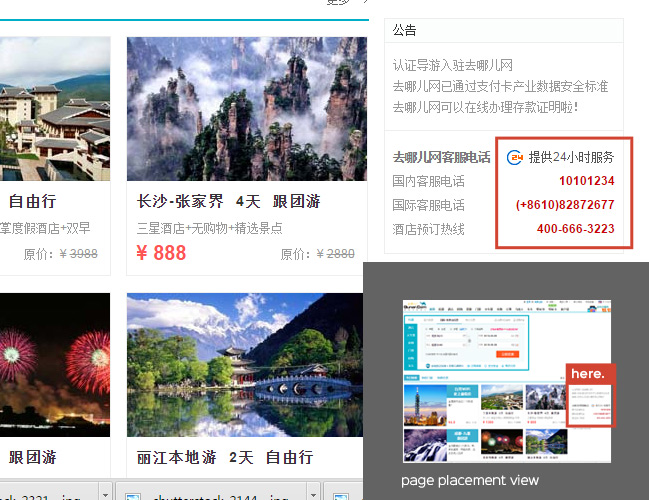 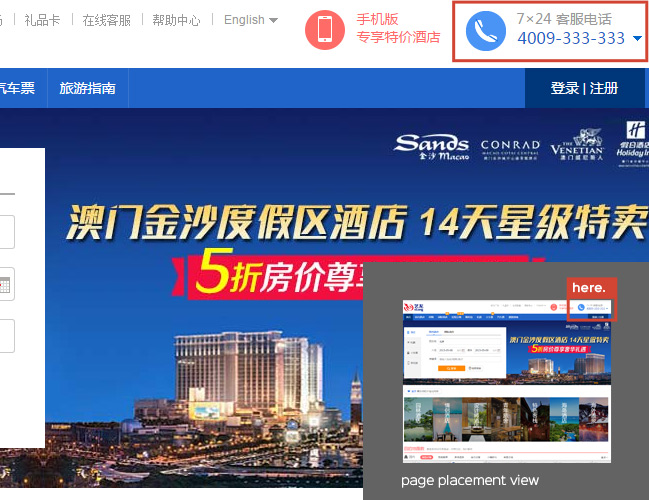 Epsilon’s most recent study on Chinese consumer behavior backs me up on this, finding that brand loyalty is highest when a seamless online and offline customer service experience can be provided by digital brands:

SHANGHAI, Feb. 26, 2015 /PRNewswire/ Epsilon, the global leader in creating connections between people and brands, completed its study on the habits of Chinese consumers. The report revealed that 61% of Chinese study respondents are loyal to e-commerce players like Taobao, JD and Tmall, the highest across all sectors surveyed. …

Goes on to say:

One for one, Chinese travel sites require users to actively select whether they’re traveling domestically or internationally, toggling between different search features for each, a distinction that we don’t see in U.S. travel interfaces. 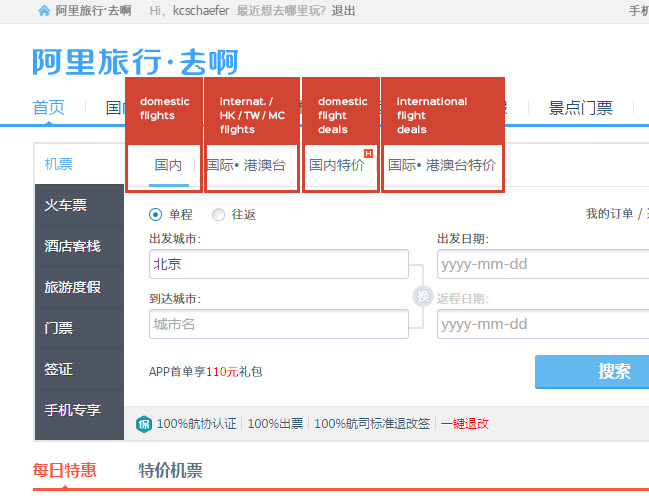 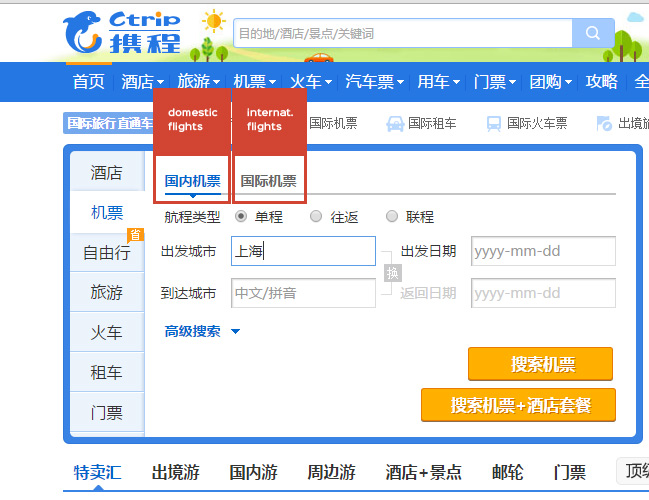 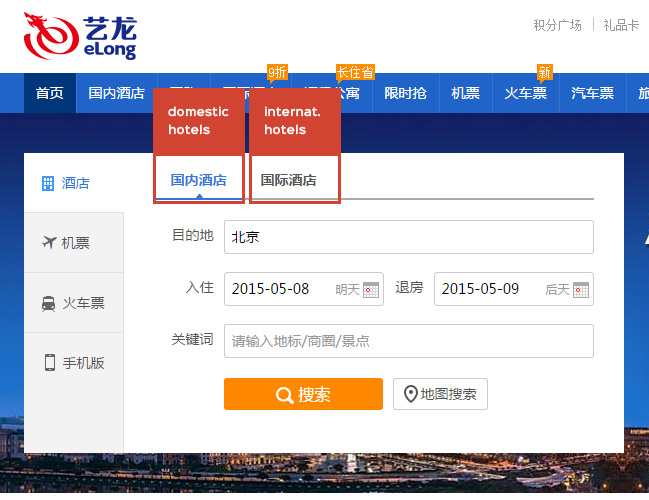 International and domestic flights even have their own landing pages, with deals and callouts separated by destination type. Let me be frank: I’ve pawed through a few piles of research and I can’t get handle on why this is, and I don’t see an answer to that question online. From a UX perspective, it seems redundant. There are slightly different form fields for each search type, but nothing that couldn’t be consolidated into a single interface with a little clever thinking. So, either there’s a copycat issue happening here (everyone does it, therefore I must), a technical issue, or – I suspect – a user behavior issue that perhaps alludes to the possibility that Chinese consumers think about domestic and international travel as two separate things. I am in the process of tracking down some answers, fingers crossed.

Assuming that these front-end choices are driven by data, default settings can tell us a little bit about what features are most popular. The default settings for flight ticket search is “domestic, one way”. (“Round-trip” is the default setting for the international tab). Again, still looking for definitive answers, but there are a few possible reasons I can think of here:

Some screenshots, again from the Big Four: 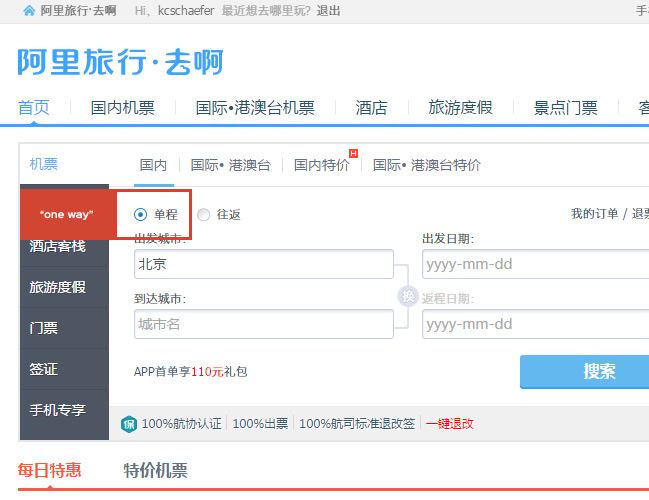 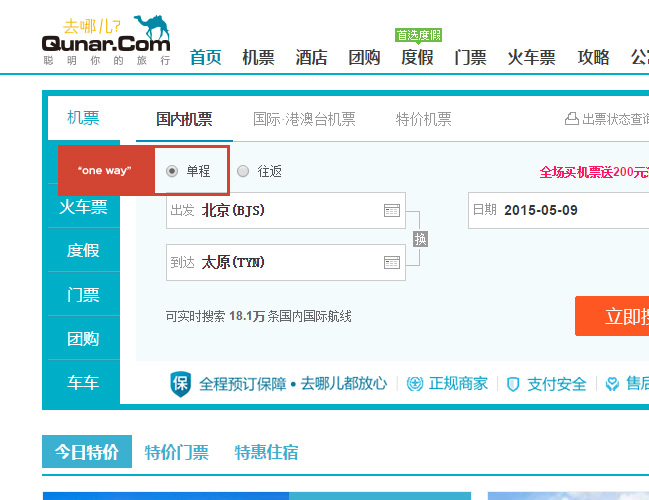 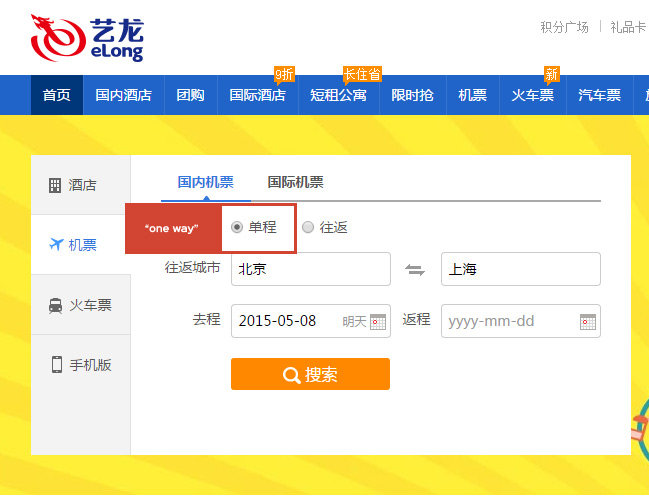 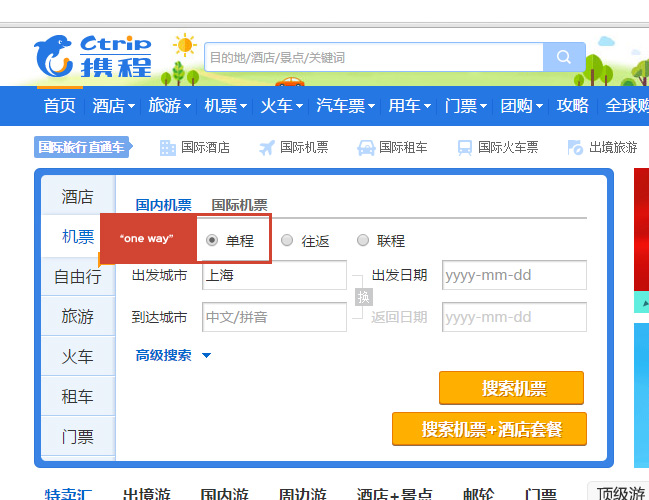 Focus on Travel as a Gift

Most Chinese and Western travel aggregators offer similar services in the main navigation. There’s the focus on flights and hotels, there’s secondary booking services for activities, car rental, and some cruises here and there. But the main navigation areas on Chinese travel sites also include gift and charge cards, a focus that is conspicuously downplayed in Western UI. The exception here is again, Alitrip, probably because their payment platforms and account management systems are integrated with Taobao, and Taobao offers its own gifting schemes. 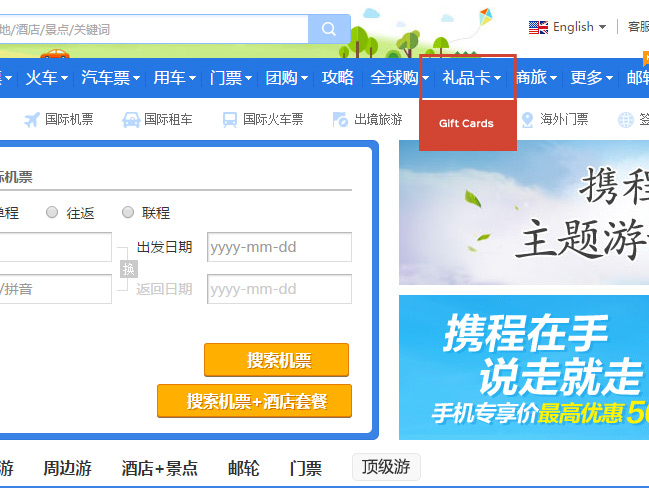 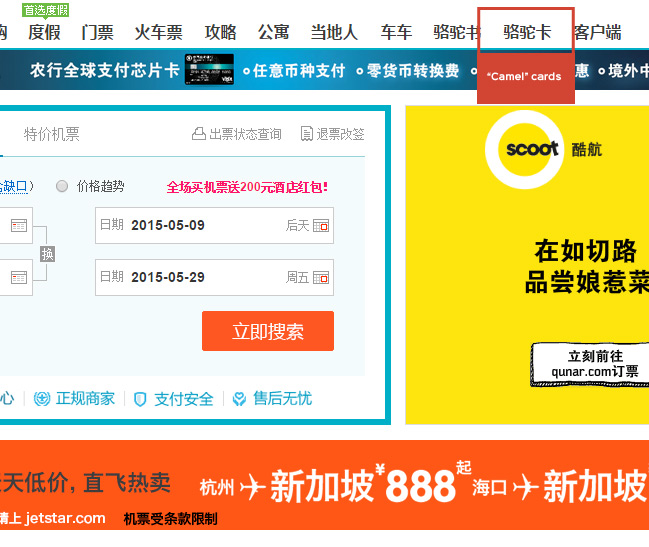 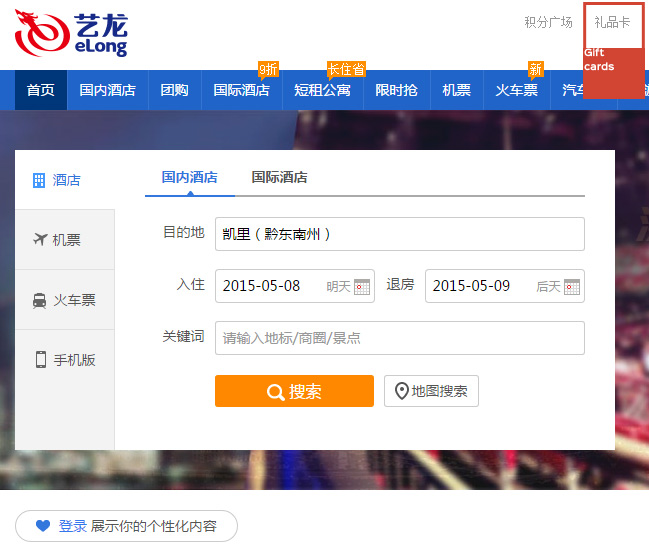 We Are Totes Legit

And finally, though this is not universal, Qunar & Alitrip both take great care to place product guarantees in relatively important screen real estate positions. 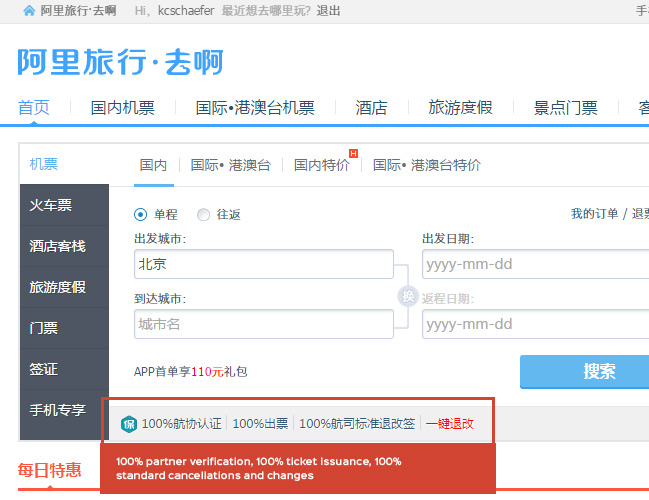 I don’t think there’s a lot of mystery as to why. Alizila, a site offering ecommerce news and commentary from the Alibaba group, cites recent findings that suggest Chinese consumers need more surety than consumers elsewhere: